The world of Internet of Things (IoT) is constantly evolving. If you look at just the history of Salesforce demonstrating IoT at Dreamforce, you’ll see a spectrum from simple hobbyist projects (from Arduinos to Makey Makey keyboards) to AI-powered robot arms and entire LEGO cities connected to the cloud. 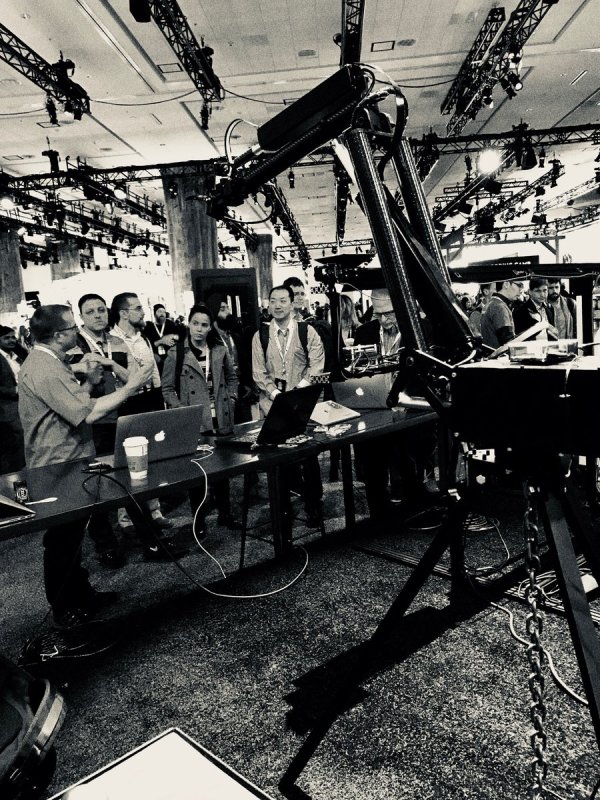 Salesforce recently introduced platform events, which allow Salesforce apps to communicate with IoT devices. Platform events enable the modality of a publication / subscription model for communication with Salesforce. Platform events work directly with a message bus which handles the queue of incoming events and processes listening for them. The bus is designed for highly transactional event messaging as opposed to long-term storage and reporting of records.

So let’s say you wanted to track the state of a fridge. You could create a custom object which describes that fridge: Make, Model, Serial Number, etc. The object could also have fields to track the current state of the fridge: temperature and humidity. To make your fridge smart, you add some Internet connected hardware which can make REST callouts on a frequent basis. Based on an external ID such as the serial number, the callout constantly populates records in the custom object with current temperature and humidity. Within Salesforce, declarative business automation logic is set up to create a case when the recorded temperature and humidity values cross acceptable thresholds.

This setup will completely work. However, it does have a couple of flaws:

Back to our fridge example, if we create a device which handles not only the transmission of data but business logic as well, that means each device will need to be to be updated for any fixes or changes to the logic. If it’s only responsible for transmitting sensor readings, it’s unlikely the code will need to be modified down the road. With platform events, we’ve reduced the task to one simple thing: convert sensor readings into a message.

From custom objects to platform events

Creating a platform event is similar to creating a custom object definition. There are some important distinctions:

This falls in line with exactly what we need for an IoT device: sensor data described in a straightforward way which will be sent out repeatedly to an endpoint which applications can react to in near real time.

Getting on board the message bus

If you have an older IoT implementation that hasn’t taken platform events into account, getting on board the message bus would look roughly like the following:

Well, I cannot guarantee #4, but it will simplify the code that is required on your device and centralize your reactions to changes in the sensor data to be on the Lightning Platform. This also means that any device capable of doing a platform event callout is instantly IoT enabled on Salesforce. Simplifying the work required on the device layer makes it far easier to get them up and running in the cloud.

Want to check it out yourself? You don’t even need to have any existing hardware — you can try the IoT Explorer Quick Start, which uses a virtual smart thermostat sending platform events out. If that gets you hooked, you can go ahead and make that Smart Fridge using the IoT Integration with Electric Imp project.

Josh Birk is a Director of Developer Evangelism for Salesforce. Wrangler of strings and sometimes cats, he works out of a small study in Chicago when not heading out to show audiences on a range of topics from Lightning Components to defeating toy zombies with an Amazon Alexa.

The Best IoT Education is at Dreamforce, Part 3: The Equipment

Automatic for the People, Redux – Connecting your Car to the Salesforce1 Platform

November 5, 2014
By Pat Patterson
Like our posts?
Subscribe to our blog!
Get notified when we publish new updates.