Step Up Your LWC Skills – Part 2

Over the past two years, I’ve had the opportunity to review hundreds of Lightning Web Components developed by internal Salesforce developers and by customers and partners building on the Salesforce platform. This post is the second post of a two parts series covering some of the recurring observations and feedback.

In the previous post we discussed tips that are specific to LWC. This post explores how to make your JavaScript code more resilient and how to improve the code quality of your project.

When building an LWC component, you should structure your component so that it’s impossible for the component to be invalid. Think of your LWC component as a state machine, where each interaction with this component makes the component transition from one state to another. A component enters an invalid state when its public and private properties (the component state) have values that shouldn’t be possible.

It would deserve a full blog post to cover the subtle art of state structuring, but for brevity’s sake, I will focus on the simple yet common issue of state duplication.

Let’s look at a simple example to illustrate this issue. This component tracks a counter value and shows some text if the value is strictly greater than 0.

This approach suffers from the fact that this component needs to deal with two fields, value and isPositive, when only a single property is actually needed.

Let’s refactor the example to use a single property. With this approach, the isPositive property is derived from value using a getter. By keeping a single tracked property, the component can’t be in an invalid state.

Do you really need those libraries?

With more than 1 million packages published on NPM, there is a high chance that someone has already released a library for what you’re trying to build. While reusing existing libraries greatly increases your productivity, keep in mind that this productivity boost comes with some trade-offs.

Before integrating any third-party code into your application, ask yourself if you really need this code. Over the years, JavaScript and DOM APIs have added new features that make existing libraries less necessary. Here are some of the most popular JavaScript libraries that you might not need in evergreen browsers.

If you decide that you really need some third-party code, there are a couple of ways to load it in your LWC component.

The first approach is to load the third-party code via an LWC module. For a long time, libraries were distributed in UMD (Universal Module Definition) format. However, this format suffers from many issues. With ECMAScript 6, we saw the introduction of the ESM (ES Module) format, which became the blessed way to distribute modular JavaScript code. Today an increasing amount of libraries provide an ESM distribution, and we’ll see this number increase over time as Node.js recently landed native support for this format.

Unlike Aura, which is centered around the concept of Aura components, LWC is centered around the concept of modules. All the JavaScript files in LWC are ES modules, and some of those files might export an LWC component. So if the library that you’re interested in provides an ESM artifact, you can just copy-paste that file into your project to load it.

Like any other LWC module, the LWC compiler takes care of minifying the code when your application is running in production mode. Also, LWC applications might be loaded in ancient browsers (for example, IE11) that don’t support ES6+ features. To overcome this, the LWC compiler transforms those features into JavaScript code that these old browsers are able to understand. If you load third-party libraries via an LWC module, you’ll benefit from this transformation.

An alternative approach is to load the third-party code via a static resource and lightning/platformResourceLoader. For libraries that don’t offer an ESM distribution or for libraries that include JavaScript and CSS resources, static resources are the way to go. The lightning/platformResourceLoader module exposes two methods–loadScript and loadStyle–that are equivalent to creating a script tag or a style tag and inserting it into the component’s shadow root.

Keep in mind that static resources are not processed by the LWC compiler. You have to make sure that all the loaded resources are already minified and that the JavaScript syntaxes are supported by the browsers your customers use.

I’ll leave you with two pieces of advice that can drive your decisions when it comes to evaluating third-party code.

It’s a good practice to group the class fields and methods in a consistent order, because it helps navigate the code. Here’s the way I structure my components.

Import statements are the standard way to reference Salesforce platform features from your LWC components: Apex methods, labels, static resources, permissions, and so on. Complex components have the tendency to import a lot of external modules. As the number of import statements increases, it becomes necessary to start structuring them.

Each developer has their own preferences for styling. This is the way I group my imports.

You can note that this trick not only works with label imports, but also with all the other salesforce imports in the LWC.

LWC intentionally doesn’t provide an equivalent to the Apex @TestVisible annotation. If you’re used to this escape hatch, it might be challenging to write LWC unit tests. It might be tempting to use @api to expose properties and methods just so that you can test them. This approach has the undesirable side effect of exposing those properties at runtime, which makes the component more fragile.

Inputs are what triggers a component to change:

Outputs reflect how the component reacts to inputs:

To illustrate, let’s use a simple example. Consider a component that displays a <lightning-spinner> while the data is being loaded. A private field named isLoading switches from false to true to display the spinner.

How would you test the loading state of the component?

This test, instead of checking the isLoading field value, queries the shadow root to see if the <lightning-spinner> is actually rendered. We’re testing what the software does, not how it does it. (For brevity, the code required to mock the loadRecord method isn’t present.)

The console.* APIs offer a quick way to debug JavaScript code: console.log(message), console.error(message), console.warn(message), etc. Those methods are the JavaScript equivalent of System.debug(message) in Apex. As the application grows, it’s easy for the console to be flooded with log lines from dozens of components. Furthermore, these logs occur for all users; the code isn’t removed in non-DEBUG mode.

I recommend removing all the console.* usages in the code before you commit it to your source control management (like Git) or save it to your org. The no-console eslint rule, included in eslint-config-lwc, causes console.* references to appear as errors. The same rule can be enforced in your CI and developer flow.

Developer tools have come a long way since the alert() debugging days. To debug my components, I regularly use the following features instead of console.* APIs.

Linters are awesome static analysis tools that make development much easier. These tools analyze code without actually running it, and report errors for known issues. The linter is a huge time-saver and productivity-booster when used properly! Most of the obvious mistakes can be caught without pushing the code to your org, refreshing the browser, and triggering your component.

For LWC, we recommend using ESLint along with the eslint-config-lwc. The linting is automatically set up and configured by the Salesforce Extensions Pack for VS Code when you create an SFDX project. Other popular code editors also offer an integration with ESLint (VSCode, Intellij).

Note that only the @salesforce/eslint-config-lwc/base rules are enforced when saving a component to your Salesforce org. Locally, you can change the default linting configuration to be more or less strict depending your own preference.

Should you add a semicolon at the end of a statement in JavaScript? How many characters should there be on a single line? Should you use tabs or spaces? Each developer has their own opinion about how to format code.

Going a step further, the code formatting might be delegated to a tool such as Prettier. Using such tools removes the need to worry about manually formatting code before submitting a code change.

Continuous integration automatically integrates the code changes of multiple contributors into a single software project. As the application grows in complexity and the number of contributors increases, pulling down each submitted code change locally to run the test and do manual verification becomes impossible. It’s important to automate these tasks as soon as you start a new project.

Things you can run as part of the CI:

To find out how to set up your own CI, follow the Continuous Integration Using Salesforce DX trail.

Well, everything comes to an end. I hope this series gave you some insights into how to improve your LWC skills, regardless of whether you just started or if you’re an experienced developer. Let us know via Twitter if one of these tips worked well for you!

Big shoutout to Alba Rivas and Jody Bleyle for their guidance and review of this blog post series.

Pierre-Marie Dartus works a software engineer at Salesforce as part of the LWC core team. He focuses mainly on compilation and performance.
Twitter: @pmdartus
Github: @pmdartus 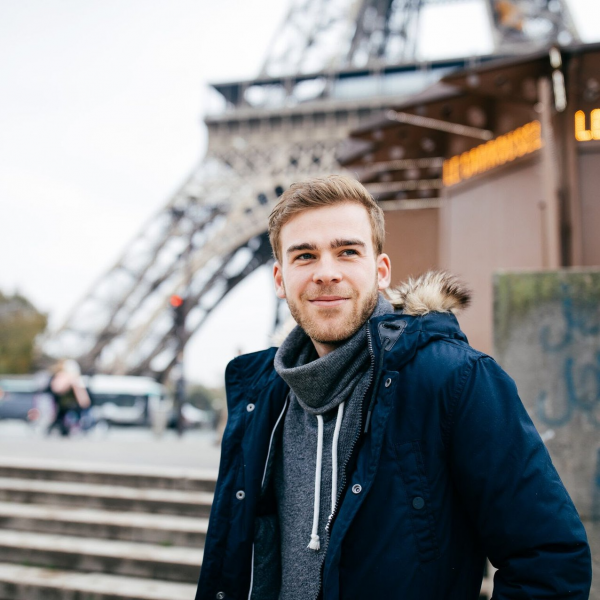 Step Up Your LWC Skills – Part 1

Developers at #DF18: The Fun Continues on Day 2

August 12, 2019
By Alba Rivas
Like our posts?
Subscribe to our blog!
Get notified when we publish new updates.