Yesterday Josh Long, Developer Advocate for SpringSource, and myself conducted a webinar titled Intro to Spring for Force.com Developers. The intent of the webinar was to help Force.com developers understand how they can take advantage of the native Spring support within VMforce, Salesforce.com enterprise Java Cloud. 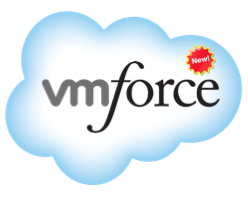 Being a long time Java developer (I was one of the initial members of the Australian Java Users Group way back in 1995-6), and having used Spring numerous times before moving to the cloud I have had first hand experience in understanding why Spring is the defacto standard for Java development — the Spring Framework greatly simplifies the effort involved in building Java apps. The enlightening dialog that occured during the webinars was that Force.com developers are used to simplicity—in fact they expect and demand it. Gone are the days when I need to worry about classpaths, config files and so on….

So why should I a Force.com developer know about Spring and recognize when to take advantage of VMforce?

Of course there is the logical answer—the more I know about a particular technology, the more I can know when to take advantage of it for things like say, integration to existing apps, leveraging existing assets and business logic etc.., then there is the implicit reasons.

Force.com developers are used to transparency. They can visit trust.salesforce.com and know when the app is up or down. Understanding that Spring is used widely throughout the industry can also provide Force.com developers with confidence that if they build apps which rely on VMforce apps written in Spring, these apps are not overly complex with many moving parts that are more prone to errors. Of course, deploying your Java App into the VMforce cloud will take the uncertainty out of the the deployment environment—it’s the Force.com infrastructure after all!

If you were unable to attend one of the two webinars yesterday, the recording of the 6:00am PST session is now available (and embedded below.). In addition, here are the slides (in pdf format) presented, plus a zip file containing all the Spring code Josh walked through. We are also working on a public FAQ with many of the questions and answers discussed during the webinars. This should be available shortly.

Finally, don’t forget to register for the September 9th webinar to get a great deep dive on VMforce!

September 1, 2010
By Quinton Wall
Like our posts?
Subscribe to our blog!
Get notified when we publish new updates.