Subscribe to what you want. Learn from the past. Work in a way that makes sense to you. And take the time to share your wisdom.

I feel a little schizophrenic at the moment. Dreamforce is coming up fast, Cloudstock even faster, and lots of community outreach. The great thing about Cloudstock is that it gives me a great opportunity to get my hands dirty in other technologies. I blogged the other day on the partners I am really looking forward to spending some time with.  (You can follow all the partners participating at Cloudstock on twitter with this list)Today I am back on VMforce, prepping for the VMforce labs at the devzone. If you were lucky enough to attend SpringOne we had 12 machines, the DevZone will have 36 covering force.com and VMforce! 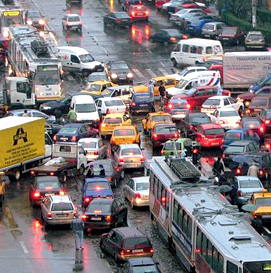 It might seems an odd connection at first, but as I was working with VMforce and the Cloudstock partners, I couldn't help but think about a story I heard on NPR the other day. The story discussed government concern over potential decline in revenue from oil and petrol as cars become more efficient. Many countries including England and Sweeden are trailing what they call congestion-based pricing where you pay a premium for using express lanes,  driving in certain areas etc. I have noticed areas closer to home along the 680 freeway where you can pay to drive in the express lane. It is an interesting trend and not disimilar to cloud computing: you pay for the service you use, or more simply, you subscribe to what is important to you.

Being an aspiring author I also see this trend in electronic media: you watch what you want on Hulu, laugh at the videos on youtube, and  read what is important via Flipboard. There is even now a new browser called RockMelt that embodies the theme of our modern, digitally connected society.

It seems cloud computing is not just a technology trend. The best, most viral, trends are those that span multiple dimensions, and fit into how we work and live. Imagine if the internet was only accessible on university campuses or military institutions. Would such a model make sense? What about facebook. As our world becomes more global we needed a system to help us push past Dunbar's number. What's more, the world, having pushed so much complexity into html and web pages that we lost the simplicity that fueled its explosive growth back in the early nineties (remember when every 12 year old kid was putting up a website?) needed a new avenue to promote innovation. Cloud Computing and platforms such as Force.com, Facebook, Heroku etc. are successful because they bring back the simplicity by abstracting the complexity away. I think you will see this as a common theme amongst partners participating at Cloudstock.

I made a statement a long time ago that re-use is important in software engineering because systems are so complex to build in the first place. Modern technology should be simple enough to use that, if you need to rewrite something tomorrow, you can do so quickly and easily. Some technologies such as VMforce take this approach to re-use a little further — don't rewrite it, change how you use it by eliminating certain aspects of complexity: Spring to reduce JEE complexity, and VMforce for deployment complexity.

As I begin my day switching between events by swiping my fingers across a multi-touch device which works the way I work, I can't help but think of a story about Gandhi where a reporter followed the wise man through India. The report took notes and compared the message of Gandhi's teachings. Eventually the reporter realized Gandhi often contradicted himself  in his speeches. 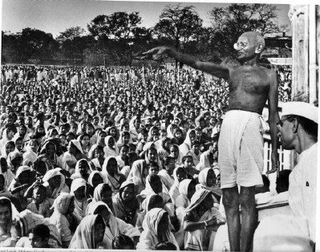 After a few months, the reporter was fortunate enough to secure a meeting with Gandhi where he presented his findings. Gandhi, sat back in his chair, looked the reporter in the eye and said "that's because I know more now than I did yesterday."

What a conference! What a year!

November 3, 2010
By Quinton Wall
Like our posts?
Subscribe to our blog!
Get notified when we publish new updates.