Forrester's James Staten recently posted 10 cloud predictions for 2011. There are a great read, but I think he missed one: the rise of technology agnostic clouds.

I bookmarked this article on ReadWriteWeb titled 10 Cloud Predictions for 2011, a month back intending on digesting it a little more post the Dreamforce season. It was interesting to re-read James Staten's ideas in light of all the announcements at last weeks conference. If you are click-weary, here are Staten's ideas. Check out the full post for more detail:

I'm going to avoid spending any time discussing building a private cloud, it just doesn't make sense when hosted clouds (private, public, community, whatever) already offer the 'as-a-serviceness' that you are looking for. Remember Geoffrey Moore's core vs. context discussion? Is building your own cloud core to your business? 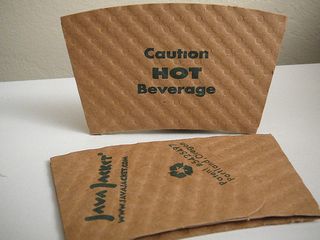 In addition, the notion of community clouds is interesting and certainly a place to watch. You can already see Facebook as a potential compliance hotbed as people begin to realize the impact of their personal information on a public community site. Yyes Facebook does do a good job of personal data security; I am not talking about that. I am talking about those people who put private information out there on a public site then complain about it being public, perhaps because they clicked the wrong setting, or didn't read the "I allow application a access to data x,y,z" text when authorizing an app for use with their Facebook profile. Such a situation always makes me think of the Liebeck v. McDonalds Restaurant hot coffee lawsuit. Long story short here, any community cloud needs to think about security as inherently part of the solution and associated with the data itself. Salesforce Chatter is a great example of this for collaboration in the enterprise.

One area which I was surprised that Staten did not call out, was the emergence of technology/language agnostic clouds. Yes, he referred to Cloud standards still not being here, but I am talking about a cloud supporting multiple languages, deployment patterns etc. We are already seeing this with VMforce, and now Heroku. If the Cloud is truly going to live up to the dream of disconnecting organizations data centers, technology should not be a barrier, choice should be the enabler. We all remember what happened when technology companies took something like HTML and began to tweak it until the name of the game was not end-user enablement, rather something more akin to vendor lock-in of websites.

Now I am not talking about standards, although they certainly help. But standards  can also become a distraction if you are not careful. Having lived through many of the JSR spec implementation races during my time working for a large JEE app server vendor (yes, I am about 3 years clean of on-premise now, and feeling better every day!) where the goal was to stand up and say "we are more compliant to spec X than competitor Y", when all developers really wanted was a way to get their job done quickly, simply, and in a way which would not entangle them in a complicated mess when it came to the long-term maintenance of applications. This is why Spring was born, VMforce brings the Cloud to Java developers, and why Salesforce acquired Heroku.

To summarize, Staten's ten Cloud predictions are a great read and very insightful. If you ask me however, I would add one more: the rise of technology agnostic clouds.

Get Ready for VMforce with Upcoming Webinars

July 29, 2010
By Quinton Wall
Like our posts?
Subscribe to our blog!
Get notified when we publish new updates.