Next Tuesday, May 31st, salesforce.com is hosting the Mobile Meetup group in our San Mateo office. Help us redefine mashups in the Cloud2 era. (and maybe play a little Farmville at the same time)

I'm heads down this morning preparing for next Tuesday's (May 31st) mobile meetup hosted at the salesforce.com San Mateo office (if you have been to any of our Force.com meetups, the meetup is in the same location). I will be presenting about building mobile apps with the Force.com platform, along with Kevin Dodson and Marlin Scott from Appirio who will be sharing their experiences building mobile apps.

I'm in the rough outline stage of putting together my presentation, but know what I want to focus on.  When discussing mobile app development, we have often called three major archetypes for mobile development: native, browser-based, and hybrid. However I don't think this is sufficient any more. One thing that is obvious already is that there is a kind of division between explicit and implicit requirements when building mobile apps.  Being aware of these requirements can make a world of difference in how you architect your solution, and how successful it is. 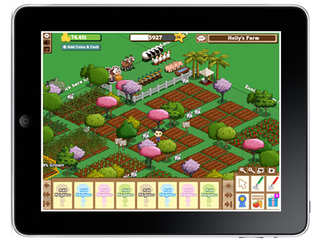 These requirements, which I will share at the meetup (Not because I am mean, or want you to come to meetup; well both of those things are true, but they are not the reason. The real reason is I am still working on my material) will highlight that great mobile apps leverage cloud based services for their competitive advantage. Look at Zynga's immensely popular Farmville for an example. Is it a web app, mobile app, or something in between? The real answer is that Farmville is a cloud app which leverages cloud services such as Facebook, and uses multiple mediums (iPad, web browser etc) as the delivery mechanism.

I use Farmville as a great example of where the lines of mobile app development are really blurred. Blurry as they may be, no one can deny apps like Farmville are massively successful. Throw into the mix companies like Groupon, Foursquare, LivingSocial etc and we start to see infinite possibilities of businesses born from the consumer space mashing up with enterprise technologies such as Chatter (did you see the Toyota Friend launch for example?) and more.

Perhaps the traditional meaning of mashups also needs to be redefined in the Cloud2 era?

Disclaimer: I have never played Farmville, I am more a Civilization guy. Your field of carrots is no match for my mighty nuclear arsenal. 🙂

June 22, 2010
By Quinton Wall
Like our posts?
Subscribe to our blog!
Get notified when we publish new updates.