The declarative model for creating applications is one of the key strengths of the Force.com platform, and we’re always looking for ways to improve on the experience.  With Summer ’12 we’ve got some updates which should make the process of extending your functionality with “clicks not code” even more powerful.

With Summer ’12, you’ll be able to reparent a detail record to a different master record.  To allow this behavior, you’ll need to select “Allow reparenting” with the Master-Detail definition of the field, and it will still be false by default.

Summer ’12 will allow a much greater flexibility for controlling lookup relationship – allowing developers to make them optional and select the behavior which occurs when the lookup record itself is deleted.  The choices are:

While Visual Workflow has a handful of updates with Summer ’12, probably the most noticeable to developers is the ability to create subflows.  With subflows, developers can create a toolbox of workflow behaviors for reuse with “master” flows.  After creating a flow, it will be made available on the Palette list like so: 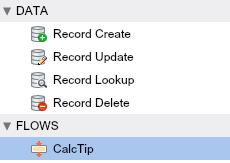 An interesting trick available to flow administrator is the ability to run a flow with latest version of subflows instead of the active one.  This allows administrators to test out new flow behaviors based on changes to the palette before they are active for general users.  Check out the workbooks on Developer.force.com for a step by step introduction into using Flows.

Videos from the Developer Meetup

February 8, 2010
By Quinton Wall
Like our posts?
Subscribe to our blog!
Get notified when we publish new updates.