Dreamforce 2012 was unbelievable! I've finally caught up on my sleep, and wanted to take some time to reflect on my top 10 moments of this years event.

It is an eerily quiet day in the office today. It always is right after Dreamforce. Every year the event gets bigger, better, and this year with 90,000+ registered attendees was the biggest yet, with 230 developer sessions, and 60 unconference sessions! Like many other Salesforce employees – and likely a large amount of the attendees too – I spent the weekend recovering. And now today, I finally had some time to reflect on what this years Dreamforce meant to the Developer. And, being the Monday after Dreamforce, I wanted to have some fun with it.

So, without further adue, here’s my top 10 moments for Developers at Dreamforce 2012

This year we expanded the floor space for the devzone to allow us to have room for mini hacks, developer theaters, community commons, mini workshops and more. Despite the thousands of developers who joined us in Moscone West, I never felt as though the area was crowded. I found myself spending much more time in the devzone this year than previous years just because there was so much different content to see, and I could always find a seat, or corner to listen to a presenter or session. 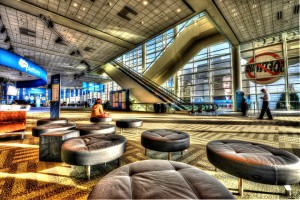 Number 9: Catching up with friends

Dreamforce is one of my favorite times to catch up many of the community members who, over the years, have become great friends. I was so busy this year I didn’t have too much time to really spend catching up the way I would have liked, but I took any opportunity I could to say hi. The amazing developer community is one of the main reasons I absolutely love my job!

I am one of the fortunate folks within Salesforce who gets to spend time talking to the press that join us at Dreamforce. I always love this part as I get to have a really frank discussion about our technology, the developer ecosystem,  and what the journalist is hearing in the industry. This year with our big announcements around  the Salesforce Touch Platform, Salesforce Identity, and Heroku Enterprise for Java, I felt that the press conversations were all about opportunity – how to make every developer a mobile developer, how to leverage existing Java apps and move them to the cloud, how to make enterprise identity as easy as Facebook has for the consumer space, and much, much more. I am so excited to talk to developers and customers this year and really see what they are doing to innovate on the Salesforce Platform.

One of the great things about working with developers is the vibrant developer community. This year we opened up an unconference section for anyone to register a session idea and let the community vote up what they wanted to hear/see. My favorite session ended up being an Introduction to the Salesforce Platform which Josh, one of our evangelists presented. The great thing was that, due to a defective monitor, Josh had to bust out the whiteboard and go back to basics. The session turned into an amazing working session with the attendees. I guess, sometimes things work out for a reason. 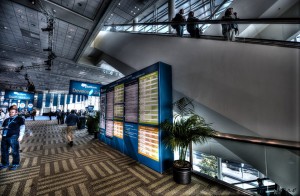 We announced Force.com Canvas, a lightweight Javascript SDK-based approach to retooling your legacy apps, and building radically new apps, all which connect directly into the salesforce interface with deep social integration. I demonstrated integrating SAP, and teaching it to speak social as part of the Salesforce Platform keynote.

Too often attending a workshop at an event meant you had to take 2-3 hours out of your schedule. This year we tried a mini workshop format where, in 30-45 minutes you could get hands on and build your first app, right in the middle of the devzone. I sat in on some of these workshops, and was blown away at how engaged people were. There is nothing better than proving our technology is great by actually building something! 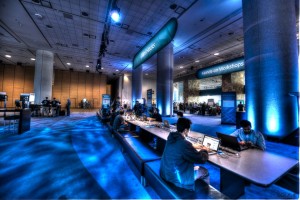 This year we tried something a little different in the devzone. We brought in bleachers, and a presentation format that was 100% code – build it on stage, show the power of the the platform through live coding battles in the Touch Stadium. It was a blast! 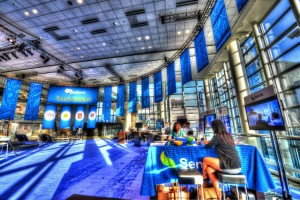 I was fortunate enough to write, and run, the demos with George Hu and Parker Harris during the Salesforce Platform Keynote. In all the years I have been attending Dreamforce, I have never seen so many people attend a platform keynote before. This year is definitely the year of the platform.

We released The Salesforce Touch Platform book! If you didn’t make it to the event, grab a copy of the PDF and learn everything you need to know about developing mobile apps in the cloud.

This year was our first official Developer keynote at Dreamforce. It was so wildly popular, the fire marshall had to close the doors, and stop any more people from attending! My favorite part of the keynote was when part of Dave’s demo didn’t work (yes, we do real, live coding in our sessions!), he carried on like a true coder and offered a few jokes. The quick thinking of Dave, and the other presenters, set the vibe for the rest of session – real code wins every time!

Get Started with Salesforce Identity

All the Great Dreamforce ’12 Developer Content at Your Fingertips

The Insider’s Guide to the Dreamforce ‘13 Developer Keynote

November 15, 2010
By Quinton Wall
Like our posts?
Subscribe to our blog!
Get notified when we publish new updates.