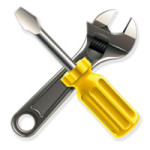 As part of a controlled Meta Data API release and source control strategy it is important to understand how API versions influence working patterns, especially where teams of developers share source control repositories (Git or others) and deployments are performed using Ant scripts, Jenkins or other continuous integration tools.

Every time Salesforce releases a new application version, its API version is updated as well. At the time of writing we had just released Summer 2013, which introduced API version 28.
This API version means that when you deploy changes using the API (e.g. using the Eclipse Force.com IDE plugin) and use version 28, your target SFDC Org will deploy these changes with the logic it associates with that particular version of the MetaData API (28). So for example, version 28 introduces a new field on the object ApexPage called isConfirmationTokenRequired. If you try to upload an Apex Page which contains that field and you are trying to do so using API version 27, your deployment script will fail because that field is not known for that API Version. On the other hand, if you would upload the same file specifying API version 28, it would work fine.

A key principle to understand is that whilst SFDC may release version 28 of the API, the deployment logic associated with version 27 is still available for use as long as you force the API to use version 27. In Eclipse, using the Force.com IDE the version of the API being used is specified in the ./src/package.xml file. Open it in a text editor scroll to the bottom and you will find a line similar to:

Let’s look at an example:

Bob and Mary keep their own system up to date using the Git Repo.

Bob and Mary keep their own system up to date by refreshing from the target org – not the Git Repo.

This scenario will lead to similar issues when Mary is the last person to check in her changes to the Git Repo as the Ant Script executing after that commit will pick up Mary’s API version (27) whilst also trying to deploy Bob’s changes which include the isConfirmationTokenRequired field which is unknown to that API version.

How to avoid these issues:

In the above scenarios the Git Repo will contain inconsistent versioning information where meta data for version 28 (isConfirmationTokenRequired) exists together with Mary’s (she was last..) package.xml file, which contains version 27. Clearly this is an undesirable situation which should be rectified as soon as possible. As a rule, the entire team (including none developers) sharing a source control repository have to use the same version of the Meta Data API throughout.

How to resolve these issues:

There are two obvious ways in which to resolve the issues in the above scenario:

In the interest of progress and to avoid any backwards compatibility issues – I’m going to ignore the first option as it seems counterproductive to downgrade to an old version of the API!
So to get Mary in sync with Bob:

After this, Mary has:

At this stage Mary may want to consider the following optional steps:

The above example will illustrate how Mary and Bob can jointly work together as developers on a project. There are however a number of other people (e.g. Julie) who may on a regular basis make declarative changes to the SFDC org. To ensure that the Git Repo contains all relevant components (including for example the workflow that Julie has created on the Accounts object) should end up in Git as well.

To ensure this happens, an agreed process needs to be in place where changes made by Julie (probably on a sandbox) are pulled from that org and are merged with the code that Bob and Mary are working on and are pushed back into the Git Repo.

Again – API versions need to be considered here as the API version used in the SFDC org Julie is working on (e.g. 28) has to correspond to the version of the API in Git and the Force.com IDE used to extract changes from the target org.

The above scenario may lead to another issue. When Bob and Mary are both using version 28 of the API and they use the Ant (see doc here) ant-salesforce.jar file, they need to make sure that the version of ant-salesforce.jar is aware of Version 28. To do that – make sure that your Ant environment is upgraded to the latest jar version when it becomes available by downloading it from your target org as described in the above hyperlink.

Summarizing all of the above in a set of best practices in a source control / continuous integration environment – when a SFDC org is being upgraded to the next version of the API:

Using the New Signup API to Manage Your Leads and Deployments!

Approval Process Deployment—Change (Set Support) is in the Air

Monitoring Your Deployments in Salesforce Just Got Easier!

Using the Metadata API to Describe Your Objects

February 12, 2015
By Patrick Connelly
Like our posts?
Subscribe to our blog!
Get notified when we publish new updates.