The Developer Keynote at this year's Dreamforce is only a week away. We've got a LOT of news and surprises for you, including the chance to win one of five Nexus 5 phones. Make sure you register now to reserve your seat. Space is filling up fast!!

Dreamforce is almost here! This time next week the Developer Marketing & Platform team will be getting ready to join approx. 2,000 developers for the Dreamforce 2013 Developer Keynote. And, boy do we have a lot of great stuff to share, including the chance to win some great prizes like one of 4 PlayStation 4’s! Maybe you can demo your killer #salesforcehack app on it? But, you have to be in the keynote to win. Registration is filling fast. If you haven’t done so already, go register right now!

Great. Now that you’ve registered, here’s a little sneak peak of what to expect.

Hey this is the developer keynote, and as Mark Zuckerberg said “code wins arguments”. This year we are making every demo we show (and build), and samples for technologies discussed available right away in GitHub.

A LOT of new technology/features/announcements

The hardest part of putting together the keynote this year was deciding what we should not include! A quick count shows something like 7 new technologies/features/announcements, including one VERY BIG new technology that will be announced at Dreamforce which will completely change how developers build apps. And don’t worry, we’ve got hundreds of developers sessions, and a massive #devzone to get you hands on with all of it. 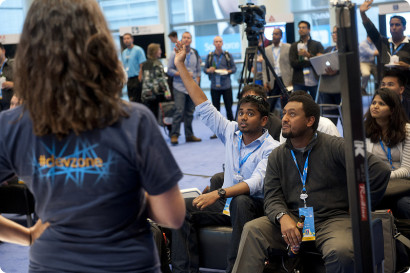 That’s you! Nothing makes Dreamforce, and the developer keynote, better than all the awesome Salesforce developers, and new developers looking to build next gen apps with Salesforce technology including Heroku, Force.com, & ExactTarget Fuel. I can’t count how many contacts I’ve met simply by saying hi to the person sitting next to me at a session, or keynote. Over the years, many of them are now great friends, and super smart people that have worked together, and schemed on the next big startup!

Sometimes it’s the small things that make the biggest difference. This year we did a focus group with some of the awesome members of the San Francisco Developer User Group. We received a bunch of great feedback, many of which have heavily influenced this year’s session. One of the pieces of feedback was “no clip-art people”. You got it! The only time you see people in the keynote slides it will be real developers and members of the Salesforce community. We are officially entering a clip-art people free zone! 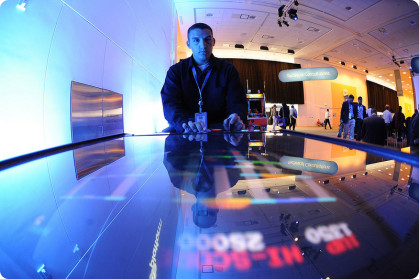 Just in case you didn’t have enough reasons to register and attend the developer keynote, we are giving away 4 PlayStation 4’s – and a killer old school pinball machine! Yes, you heard right! A pinball machine! I have to admit that I spent way too many hours “testing” the pinball machines last weekend over at the Heroku office –  just to make sure they are working well. 🙂 Come find me in the #devzone, and we can karaoke to Pinball Wizard while chatting about #salesforcehack ideas.

That’s about it. Make sure you register for the keynote fast (& show up early) – you don’t want to miss it! See you next week!

The Insider’s Guide to the Dreamforce ‘13 Developer Keynote

What’s in the Developer Keynote at Dreamforce ’14?

October 9, 2014
By Quinton Wall
Like our posts?
Subscribe to our blog!
Get notified when we publish new updates.