We are honored to have six amazing thought leaders joining us in the DevZone at Dreamforce 2014 to share their experience, inspiration, and practical advice. The Dreamforce Agenda Builder is LIVE, so jump in and make sure these luminary developer sessions are on your schedule. If you haven't registered for Dreamforce yet, do it now, using the Developer Discount Code D14DVLPR.

We are honored to have six amazing thought leaders joining us in the DevZone at Dreamforce 2014 to share their experience, inspiration, and practical advice. The Dreamforce Agenda Builder is LIVE, so jump in and make sure these luminary developer sessions are on your schedule. If you haven’t registered for Dreamforce yet, do it now, using the Developer Discount Code D14DVLPR.

What does it really mean to have a diverse workforce? How do we get past unconscious bias and preconceived notions to work together in building amazing apps, successful companies & engaged communities? Join us for an inspirational perspective on the impact of radical inclusivity and intentional diversity in business design. 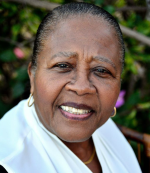 At the age of 71, retired educator Estella Pyfrom had a brilliant idea. She used her savings to bring computers and technology to underserved areas via Estella’s Brilliant Bus. That was seven years ago, and Estella was recently recognized as a CNN Hero for the impact she’s made. Come hear directly from Estella about what she’s doing and how you, too, can channel your energy, regardless of your age, to grow the next generation of developers.

Diversity is, shall we say, an area of opportunity for the tech sector, particularly for Silicon Valley. In fact, while 18% of US computer science graduates each year are Black or Latino/a, nationwide Blacks and Latino/as hold just 9% of tech jobs, ?and recently-released diversity data shows ?top Silicon Valley companies’ tech teams are ?closer to 5% Black and Latino/a. Tech companies frequently cite lack of engineering talent as a key factor hindering their growth, yet ?that data show ?we’re leaving minority? tech? talent on the table by the thousands each year. At CODE2040, we’re dedicated to ensuring that companies have access to top ?tech ?talent from underrepresented backgrounds. Come ?learn more about the problem, what ?CODE2040 is doing to solve ?it, and how you can help.

Qeyno Labs: Mentoring the Next Generation of Developers 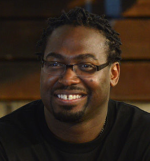 How do we engage high-potential youth in low opportunity settings? Join us to hear how Qeyno Labs is tackling this problem head on through youth hackathons, and to hear from salesforce.com employees who mentored at the EssenceFest #YesWeCode hackathon. Together we can close the STEM diversity gap. 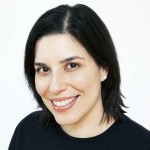 The United States needs more tech talent. Period. Yet there is a dearth of diversity within software development: women and minorities are extremely underrepresented. The solution? Grow Developers! This talk will cover the many ways the Salesforce community can actively solve the lack of talent problem, and at the same time give solutions for also growing the female and minority tech populations. Let’s lead the way! 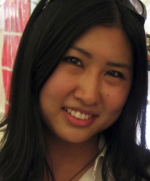 Women are 50% of the population, yet Angie Chang was the only woman an engineering team of a dozen men. To change that ratio, she created multiple businesses that support women working in the tech industry. Join us to hear about Hackbright Academy, which accelerates software engineering training for women in San Francisco, with graduates working as software engineers at companies including Facebook, Pinterest, and Uber. Angie will also share best practices in hiring and onboarding, as well as best practices for female engineers with long-term career ambition.

Angie Chang, Director of Growth at Hackbright Academy
Angie Chang is the Director of Growth at Hackbright Academy, which runs a 10-week accelerated engineering fellowship exclusively for women quarterly in San Francisco. In 2008, she started Bay Area Girl Geek Dinners to network women in technology, asking that guys come as the “+1? for once to a tech event. Dinners are sponsored by companies including Google, Facebook, Yahoo! and Palantir. Prior to that, she co-founded Women 2.0, a media company which promotes women in high-growth, high-tech entrepreneurship. She was named in Fast Company’s 2010 “Most Influential Women in Technology” and more recently Business Insider named her one of “30 Most Important Women Under 30 In Tech”.

Ashara Ekundayo, Chief Creative Officer, Impact Hub Oakland
Ashara Ekundayo is a cultural worker and connector of the urban landscape who serves as catalyst, curator, educator, and producer. Considered a thought-leader and strategic executor in creative arts practice design, she honed her business skills in the non-profit sector as the founder, director and/or advisor to organizations such as the Pan African Arts Society, the National Civil Rights Center & Museum, and The GrowHaus. Often asked to moderate or present in forums exploring the intersections of sustainability, placemaking, artivism, tech, and spirituality, Ashara has presented at gatherings such as TedxMileHigh, Net Impact, SOCAP and the Word Social Forum, and hosts a monthly segment on KPOO Radio in San Francisco featuring women creatives committed to racial and environmental justice.

Ashara is Co-Founder and Chief Creative Officer of Impact Hub Oakland, an innovation collaboratory & events venue that supports and connects socially engaged people and social entrepreneurs in the co-creation of community. She is also the Director for Omi Gallery and the Exhibition Curator for the Lisbet Telefsen Collection which includes the Black Panther Party archive touring internationally in 2016 in conjunction with the 50th anniversary of the founding of the Party.

Elaine Marino, Owner, LadyCoders Holdings LLC
Elaine Marino is a Ruby on Rails coder, marketer and entrepreneur with a 13-year background in strategic marketing and brand-building for Fortune 500 companies. Her ability to communicate effectively, manage large-scale projects, build brands and communities as well as web applications, puts her in a unique position within the software sector. There is a sweet-spot where technology enhances the lives of people and communities — that is where she thrives.

Laura Weidman Powers, Co-Founder, CEO of CODE2040
Laura Weidman Powers is the co-founder and CEO of CODE2040, a nonprofit which creates pathways to success in the innovation economy for Blacks and Latino/as. She brings to this work a background in entrepreneurship, nonprofit management, youth development, and technology. Laura has started two organizations in the education space, one nonprofit arts education organization in West Philadelphia that is currently celebrating its 10th year, and one for-profit tutoring company that gave rise to a book. Laura first explored the tech space as a project manager in a small web development shop in New York and, most recently before CODE2040, she served as VP of Product at a consumer web startup in Los Angeles, redesigning the product development process to be inclusive of engineers.

Laura is a 2013 Echoing Green and Open Society Foundations Black Male Achievement Fellow and a 2013 Stanford Social Innovation Fellow. The Root named her one of the 100 Most Influential African-Americans in 2013 and Goldman Sachs named her one of the 100 Most Intriguing Entrepreneurs of 2013. Her work has been covered by The New York Times, Forbes, NBC, Bloomberg, Fast Company, NPR, and others.

Kalimah Priforce, Co-Founder, Qeyno Labs
Kalimah Priforce is the co-founder of Qeyno Labs – a hackathon incubator that harnesses the interests of high potential youth from low-opportunity settings into STEM career pathways. Qeyno launched the first hackathon for Black Male Achievement and the first Startup Weekend in Oakland (California). In partnership with Yes We Code and Essence, Qeyno launched the first hackathon at the annual Essence Festival in New Orleans.

Kalimah has been featured on Essence Magazine, Jet, KQED, NPR’s “Tell Me More”, PBS Newshour, Black Enterprise, CNN, Time.com, San Francisco Magazine, and has been recognized by the White House as a Champion of Change in increasing STEM diversity and access.
Kalimah is a 2013 Echoing Green fellow and one of the driving forces behind The Hidden Genius Project, an Oakland-based program that trains black male youth in entrepreneurial thinking, software development, and user experience design. Kalimah is a 2014 StartingBloc Fellow, a College Board Professional Fellow, and Yes We Code’s first tech inclusion fellow.

Estella Pyfrom, CEO, Estella’s Brilliant Bus
Estella Pyfrom is CEO of Estella’s Brilliant Bus, which is a customized mobile learning center equipped with computers, designed to travel to communities and deliver technology training where it is needed. Estella grew up in an underprivileged household and has a passion to help underprivileged families improve their standard of living. Her vision is that parents will be empowered with better skills and get more involved with their children’s education and lives, thus improving the quality of life for the family. Estella is a recent recipient of Global Recognition and is listed among Honorees who are posted in the 2012 GLOBAL Directory of WHO’S WHO for hard work, dedication, perseverance and for demonstrating leadership and achievement in their occupation, industry or profession.

Diversity in Tech: Why You Should Speak at Dreamforce 2014

November 14, 2014
By Mary Scotton
Like our posts?
Subscribe to our blog!
Get notified when we publish new updates.