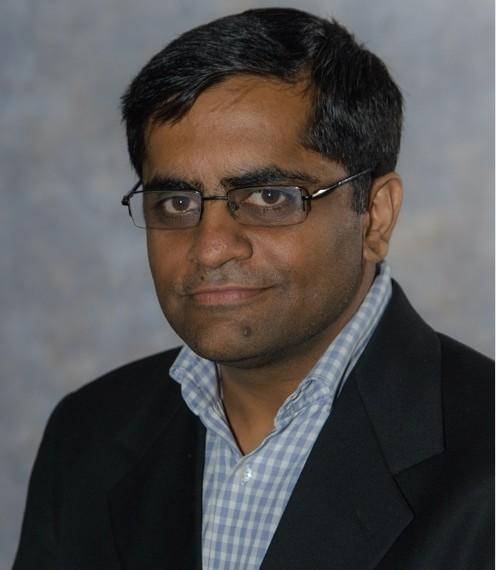 Gaurav Kheterpal had no idea that he would become a leader in the Force.com mobile app developer community. He credits the ease of platform learning and camaraderie of the Force.com developers for making a successful transition from telecom backend solutions to celebrity status as “The Salesforce Mobile Guy.”

Right out of college, he started his career in telecom with Alcatel Lucent. There, he worked on large-scale billing and call routing solutions. Later, he moved to Siemens where he developed device drivers and payment gateways. A couple of interesting stints followed, but the career turning point occurred in 2007 when he joined Metacube.

Up to that point, Gaurav had been immersed in primarily coding C/C++. He was curious about Apex and the Salesforce platform in general, and in 2008 he got the chance to investigate further. A client was interested in building a project on the Salesforce platform and Gaurav used his time to look into it. After reporting his findings to his managers, they liked what they saw well enough to move ahead on Force.com.

“After that, there was no looking back,” Gaurav declared. “One thing led to the other and we were among the first few companies to actually do Salesforce mobile development. I was fortunate that I started early when the platform and SDKs were not fully evolved. The only way to learn was to try things out and ask in the forums. It was the hard way but it has helped me in the long run.”

Gaurav and his team have built a number of advanced mobile app solutions for some of the world’s leading investment banking and technology companies. As Head of Mobility for Metacube, his team is comprised of 30 developers who turn out advanced, cutting-edge mobile solutions. Gaurav says the common denominator is the Salesforce1 Mobile SDK, which offers both hybrid and native development templates.

“The Salesforce1 platform is very powerful and opens up a lot of possibilities for mobile developers,” according to Gaurav. “Whether you have a native mobile background or not – even if you do not know anything about mobile – you can still use your Apex, Visualforce with responsive frameworks and the Salesforce1 container and you get a ready-made platform to deploy your apps.”

One solution developed by Gaurav’s team is a hybrid app delivering advanced offline functionality. Along with some complex call recording features, users are able to take notes offline and then sync it back when they are online. This app was developed for some leading investment banks. For another app called ‘Chatter Complete’, his team developed video calling and instant messaging between Salesforce users.

“These apps represent some of the most complex use cases of the Salesforce1 mobile platform,” Gaurav stated. “They are not just apps, but full fledged products. One we’ve been building for over 3 years now. We’re still adding more features to it – it’s really not fair to call it an app as it is more of a full-fledged mobile product.”

Gaurav points out that mobile development with Salesforce1 excels in two aspects. “First, Salesforce has created packs for many mobile frameworks. All you need to do is pick one of the mobile packs, look at one of the sample apps, and use that as a seed project and transform your app,” he outlined. “The second thing that is done really well is great documentation around these mobile frameworks and SDKs. And support is great. If you get stuck, you can post questions to developer forums or mobile SDK communities and a number of experts will help you out. I moderate developer forums and am among the Top 30 members on Salesforce Stack Exchange – mostly focused on Mobile, Lightning and Salesforce1.”

Using Forums and Dreamforce to Build a Dream Career

Gaurav credits rapid response to his own initial inquires for helping build his own career as a Salesforce mobile developer and eventually, a community leader. “It was a natural progression for me,” he said. “I used forums in 2008 when I posted queries and was pleasantly surprised that I received a response within a few minutes that actually solved my problems. That got me hooked to post more questions when I ran into problems, and encouraged me to answer questions on the forums to help the Salesforce team that was maintaining forums. Then, I was asked to be a moderator. I feel it’s my give-back responsibility to help others.”

Force.com as a platform is a huge part of Gaurav’s identity. His projects, advice and Dreamforce sessions have been highlighted in the community based on what he’s accomplished over the years.

In 2012, Gaurav’s team built an app called ‘Noteprise’ – a connector  between Salesforce and Evernote, basically notes for enterprise powered by the Force.com platform. “The app was a runner-up in a global mobile development challenge held by Salesforce and was selected for the mobile dev gallery – a collection of some of the best reference applications. We then developed a few more interesting applications like one called Socialforce, which is a mashup of Salesforce, Facebook, Twitter and Linkedin. I keep experimenting, and last year, I wrote another app using the Titanium framework for Force.com which won the Appcelerator enterprise app challenge. And, I have participated in the last two Dreamforce hackthons – didn’t win until now, but hopefully some day I hope to cross that bridge,” he says.

Apart from what he does with clients, Gaurav loves spending time exploring Force.com and trying to come up with some unorthodox ideas and applications. “It’s a powerful platform and the possibilities are endless. It’s fun to try out new things,” he stated.

A popular blog last year named Gaurav as one of “22 People You need to follow before Dreamforce,” which humbles and motivates him to help other developers.

“Apex scares some developers as they think of it as a proprietary language,” Gaurav noted. “But the good thing about Apex and Visualforce is that they are built on the Force.com platform. It’s very well designed in the sense that as a developer you are challenged by the governor limits. It’s very well structured in that if you write some Apex code, you have to write quality test code to deploy your solution to production, or else the code won’t deploy. That automatically ensures the quality of the applications.”

Gaurav says the best part of his profession is that mobile technology changes much faster than most people can imagine. Even if a framework was launched a few months back, it’s not surprising to see new frameworks come up in a matter of days or weeks. He advises, “You need to be on your toes and keep learning. I’m always learning something new every day that is very satisfying. I love technology!”

He also counsels new Force.com developers to employ the same resources he did when he started – some that he now leads. “I presented two sessions at the last Dreamforce – one session was titled ‘Find Your Feet on Force.com’ – essentially how do you get started, how to prepare for certifications, how to make the best of the developer community. The other one was a more advanced session exploring new possibilities for mobile automation testing on the Salesforce1 platform.,” Gaurav stated.

“Salesforce has created some easy-to-follow learning paths for newbies,” Gaurav noted. “I really like Trailhead, where you complete modules and earn badges that you can show off on your personal and professional profiles like Twitter, Facebook and LinkedIn. Trailhead is a great way to get first time experience – not just a tutorial – you are introduced to a concept and have to solve a business problem using that concept.”

Gaurav said that newbies need perseverance and willingness to learn as all the resources are there for them. He is practicing that concept with his future endeavors as well. “There are still a lot of areas I’d like to explore,” he declared. “For example, I’ve used Heroku and would like to explore it more. Salesforce acquired the company a few years back and the platform has grown very fast. I WANT to learn. I’m happy with my path and wish to continue.”

Calling all developers to join Salesforce.com at #sxsw!

May 5, 2015
By Mallory Leggere
Like our posts?
Subscribe to our blog!
Get notified when we publish new updates.