Winter '13 will bring several great new features for developers to play with. In addition, at Dreamforce there were a couple new features on the roadmap that extended the new releases for winter. Be sure to check out the release notes to read about all of the cool new features coming soon and the Dreamforce session recordings as they become available! 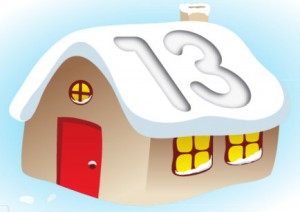 So now that Dreamforce is over, my focus can shift back to the daily grind of tasks and responsibilities. Wait, what was that again? I got lost in the black hole that is Dreamforce and can’t remember life before it…

Now I remember! On September 12, 2012, Dave Carroll and I delivered the Winter ’13 Developer Preview webinar. We introduced a lot of cool stuff coming in winter, but you can also play with these features now in a pre-release org. While we didn’t have time to go over everything in the release notes, we did cover quite a bit including:

How does this tie into Dreamforce?

In addition to many other platform and product reveals, there are a couple hot topics that arose at Dreamforce related to Winter ’13. Highlighted below some key features I wanted to mention. More to come in the future as they become available!

Salesforce Identity will eliminate information silos within your enterprise by enabling you to build applications that access a common user context across your various apps. Identity will allow you to connect to your backend systems and/or your social apps from within your Salesforce instance and leverage a common identity across them.
This concept will elevate the apps related to Canvas Framework. With Canvas, you can develop Salesforce apps in any language on Heroku, and then create and deploy a context aware Heroku app from Force.com. Identity will enable user access to the Salesforce data. There was a great demo of Identity & Canvas in Force.com in the developer keynote that I would recommend checking out.

Tooling API and Next Generation Debugging

In addition to demonstrating the new features highlighted in the winter webinar and what currently exists for debugging tools, Josh Kaplan (Product Manager for Apex and Platform Developer Tools) along with Thomas Dvornik and Brian Matthews went over what was on the roadmap for development and debugging.
In the near future, we will expose a public tooling API that currently is leveraged by the Developer Console.  Once the API is finished, Eclipse will be the next line item. The goal is to refactor the Force.com plugin using the tooling API, but also make it open source for other developers to utilize however they want.

So what do I do now?

If you want to learn about anything related to Winter ’13, check out the winter release landing page as your one stop shop to related content. Also, if you want to check out the recordings of the Dreamforce developer sessions, check out this playlist on our YouTube channel. We’ll be adding videos to this playlist as they become available, so please subscribe to the channel if you want to be notified about these additions as they become available!
Published
By Samantha Ready
September 26, 2012
Topics:
developer console
pre-release
Tooling
webinar
Winter
Winter '13
Subscribe to RSS

June 12, 2012
By Jody Bleyle
Like our posts?
Subscribe to our blog!
Get notified when we publish new updates.