Lightning Components framework fires several system events. In this blog we'll look into what set of System events are fired in what scenario. This helps us keep business logic in appropriate event handlers.

In the earlier Part 1 post, we looked into what System events are and how they work in Lightning Components framework. In this part, we’ll look into which events are fired and in what order for couple of common scenarios. Understanding this will help us know where to keep our business logic and avoid taking performance hit. So let’s take a look at various scenarios.

This is the basic scenario of component creation without any data update from the server. The framework fires: 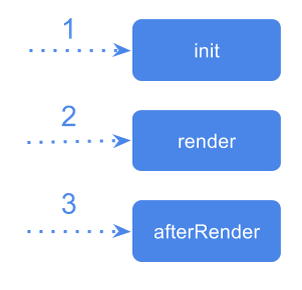 Every event in Scenario 1 is fired only once! so, keep your business logic that needs to run only once in these handlers for example:

Scenario 2: When value of a component attribute is changed

When a component’s value changes due to user action like a button click or some other event like component/application event. In this case the framework fires: 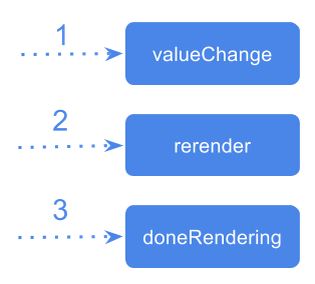 This scenario is run whenever any attribute value of the component is changed. So these are run multiple times!

Scenario 3: When Apex call is made to update data

When we make an Apex call using $A.enqueueAction(), the framework fires: 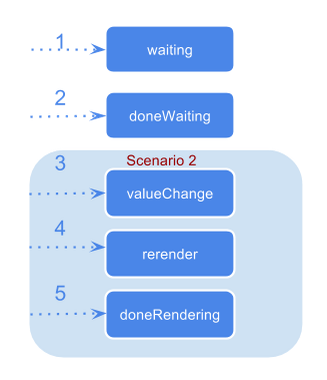 Scenario 4: When a component is deleted

Framework fires an unrender event when the component is deleted.

Note: This blog covers only a subset of system events that are most commonly used. There are several other System events like valueDestroy, locationChange and so on.  You can see all of them in your-salesforce-instance/auradocs reference app that runs inside your org.

The Platform State of the Union

March 15, 2010
By Quinton Wall
Like our posts?
Subscribe to our blog!
Get notified when we publish new updates.